Carol Bresnahan Joins Board of Directors

Carol Bresnahan Joins Board of Directors

Carol Bresnahan Joins UnitedBank of Iowa Board of Directors 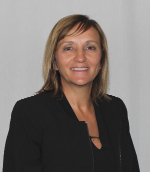 Bolte commented, “We are excited to have someone with Carol’s extensive bank experience and understanding of banking operations join our board. We also appreciate the insight and knowledge that Carol will bring to the board as the owner of a local business.”

Carol started her banking career at United Bank of Iowa in July, 1994, and was promoted to Vice President Bookkeeping in February, 2010. In March, 2014, Carol transitioned to part time employment at UBI to take a more active role in the family business. Carol and her husband, Ron, reside in Ida Grove and have owned and operated Bresnahan Well Drilling and Repair, Inc. since 1993. Carol and Ron have two sons. Devin lives in Omaha, Nebraska, and Drew and his wife, Katie, and their daughter, Avery, live in West Des Moines.